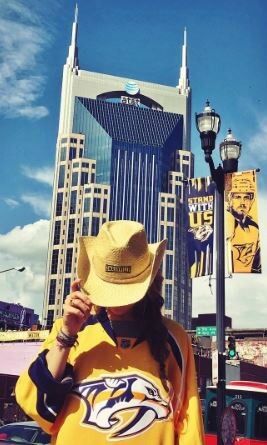 The Nashville Predators did something last week fans haven’t seen in franchise history: they swept the Chicago Blackhawks in Round 1 of the NHL playoffs! Here at Nashville Wraps we love our Preds. That is why we are extra proud to work with the Nashville Predators Foundation on gift packaging. We are such big fans that during the playoff season we are even decked out in Preds gear at the office.

Nashville Wraps Customer Care Agent Laura Turner (shown with the Preds and her husband Gary below) has been a fan and season ticket holder from the very beginning. Laura says,”It’s easy to support the Preds given their character on and off the ice. They are very active in Middle Tennessee, individually AND via the Predators Foundation which my family wholeheartedly supports. They make watching the games an exciting and fun family event.”

The Preds Foundation uses the excitement of the NHL to raise money for local charities especially those involving children and Nashville public schools. Kristen Finch, Manager of Community Relations for the Preds, involves fans by hosting a fundraising event every game night. She works with Nashville Wraps on her packaging needs. 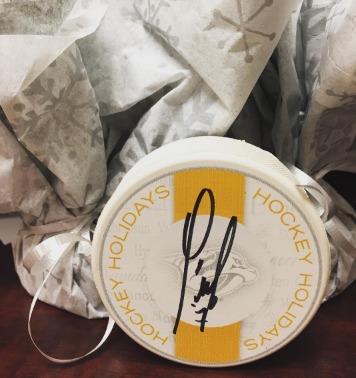 Kristen says “The majority of what we order from Nashville Wraps is tissue paper. Throughout the hockey season, we sell mystery pucks that are autographed by different players. The buyer just doesn’t know who they are getting, so we wrap them in themed colors or printed papers to make it more festive.”

“I like Nashville Wraps‘ quick turnaround and how fast, once you order, the product is delivered,” says Kristen. “Sometimes it’s literally the next day! Also, there are so many great packaging options. 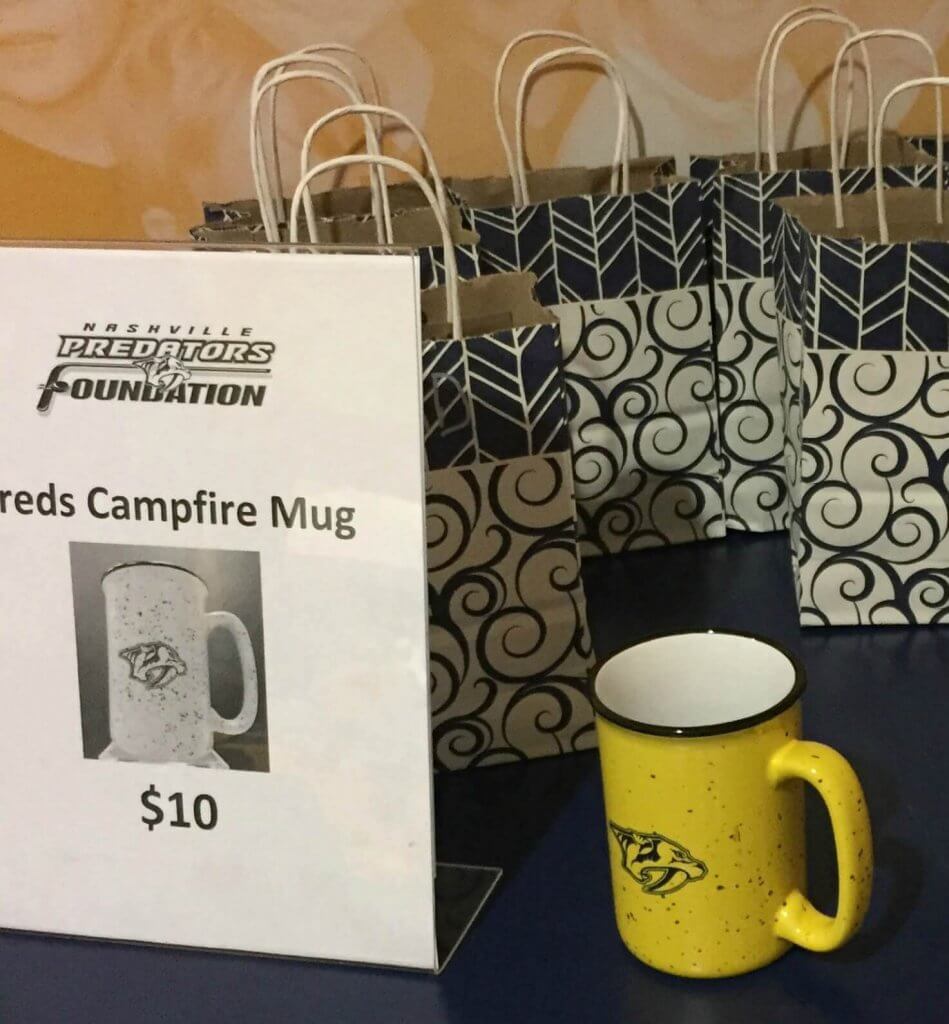 It’s ALL About the Fans & the Brand

“No matter how long they’ve been a fan, our goal is to make every Preds fan feel appreciated. The entire organization understands it’s not possible without the support of our loyal fans.” That’s why they go the extra mile to get their fans involved with the team, and now every game is a sell-out. Combining their Music City heritage with their brand by utilizing country music artists in their advertising and at the games has proved successful. Nor does it hurt that Preds Center Mike Fisher is married to country music superstar Carrie Underwood. She just happened to sing the National Anthem for Game 3, which ended in a historic comeback OT win!

At last week’s playoff games, fans could purchase “Smashville” cowboy hats to raise money for the Preds Foundation. The lights were covered with our Woodland Natural Ribbon. Country singer Dierks Bentley remarked, “I don’t think we should take all the credit but I will say once @lukebryan and I put these hats on, the @nhlpreds scored two goals in a row! Just sayin.” 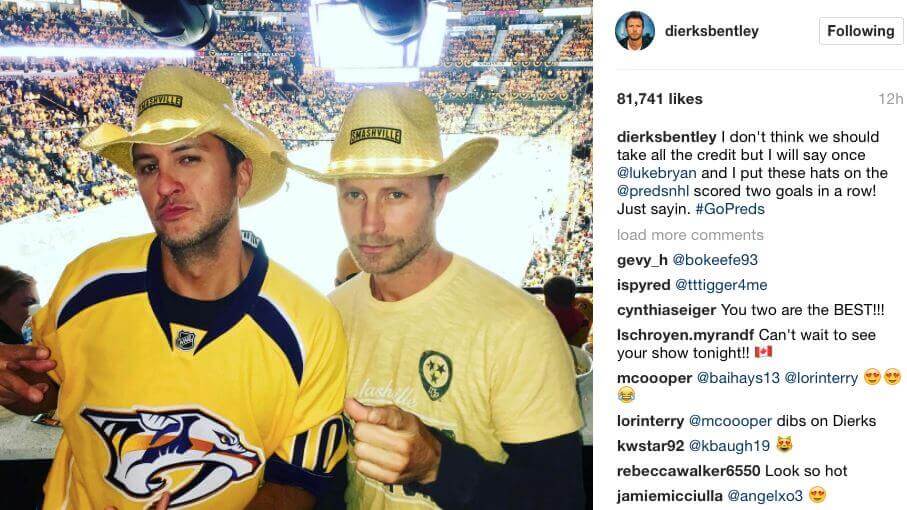 Jonathan Ross Generotti, a University of Tennessee student, wrote his honors thesis on Building the Nashville Predators Brand. He states, “Nashville’s growth from hockey anonymity to a vibrant culture has not been without its growing pains, but has ultimately become a poster child for success in non-traditional markets. Originally displaced Red Wings fans have embraced the gold and have come to be known affectionately as “Predwings”. The Predators continue down the promising path with same the confidence that the brand was built – a sturdy ground of community support and innovation while acknowledging the city’s roots in music. With steadfast creative branding, the Predators have truly become the embodiment of Nashville and vice versa.”

Play the puck to see how the Preds roll…

Mystery pucks are back! Get your Opening Night Mystery Puck at the Foundation Table outside section 106/107 tomorrow night! Pucks are $20, limit 4 per person while supplies last. What player do you hope you get???

A post shared by Nashville Predators Foundation (@predsfoundation) on Oct 13, 2016 at 2:23pm PDT