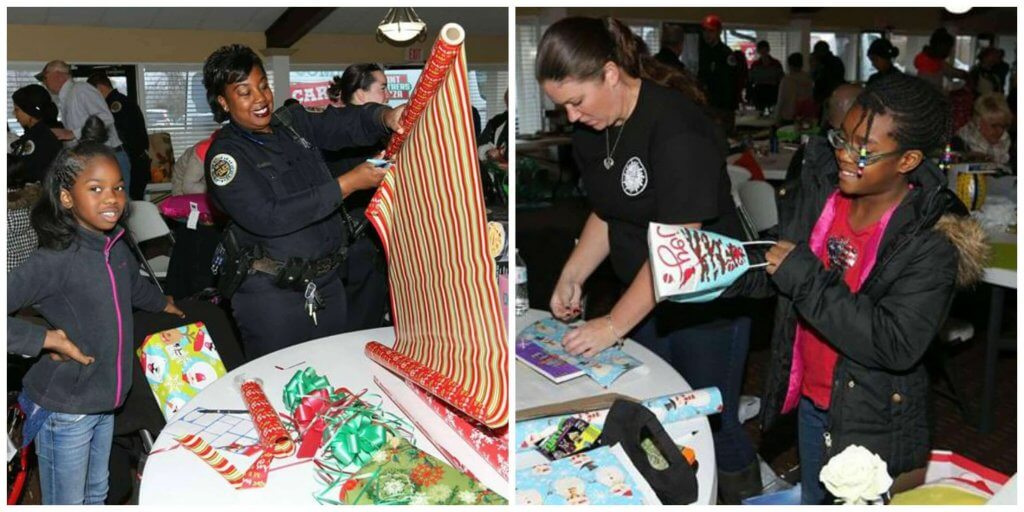 For over 50 years, Nashville’s Metro Police have shown their softer side by reaching out to inner city youth. Thanks to the Andrew Jackson Lodge of the Fraternal Order of Police, via their charities, “Shop with a Cop” and the Andrew Jackson Youth Camp, these men and women in blue are breaking down barriers and showing love.

While these Nashville officers are on patrol in some of the city’s toughest neighborhoods, they keep a record of children who would benefit from the summer camp program. The Andrew Jackson Youth Camp has been helping at-risk and underprivileged youth since the 1960’s. It’s located on 35 acres next to Old Hickory Lake in Mt. Juliet, just 20 miles east of Nashville. 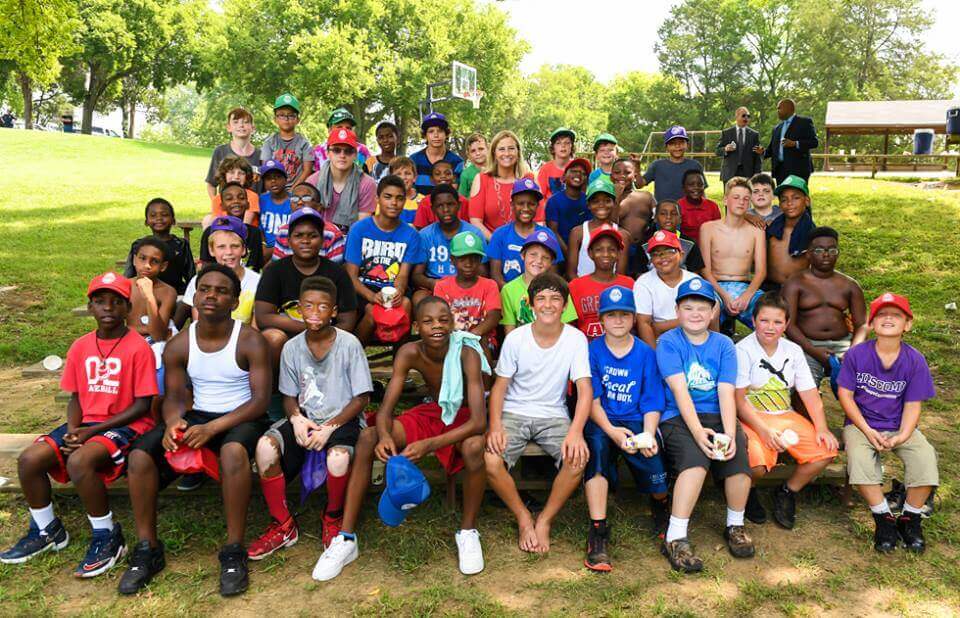 For 6 weeks, 50 kids ages 8-12 attend the camp from Monday – Saturday at no charge. Boys go for 3 weeks and girls for 3 weeks. The police officers help teach and encourage the kids personally which is unique from other camps. The children learn responsibility while having fun and breaking down cultural barriers (see the video at the bottom). On Saturdays, the officers put on their police uniforms and present awards to the campers. The best boy and girl camper each receives a bicycle. The police helicopter is flown in for the kids to see, and the canine unit is brought in for them to pet. This leaves quite an impression on the children, teaching them not to be afraid as the police protect them.

Allen Herald is the camp director and 2nd Vice President of the Lodge. He served as a Metro Nashville police officer from 1977-2007.  He explains, “This year Nashville Mayor Megan Barry was the first mayor to ever visit the camp. We have encouraged hundreds of children over the years, and our goal is to build a new lodge so we can bring these kids year-round. We’d love to bring them on the weekends and have college students get involved.”

“Shop with a Cop”

Each Christmas a group of campers are selected to “Shop With a Cop”. This year they chose 70 kids and the police officers took them to a local Walmart to shop for their wish lists. Nashville Wraps has been involved with this program for many years by donating gift wrap, bags, tissue and bows. A big wrapping party is held after the shopping, with pizza and games. Every child gets to help wrap their gifts with the officers, and the children take the presents home for Christmas morning. 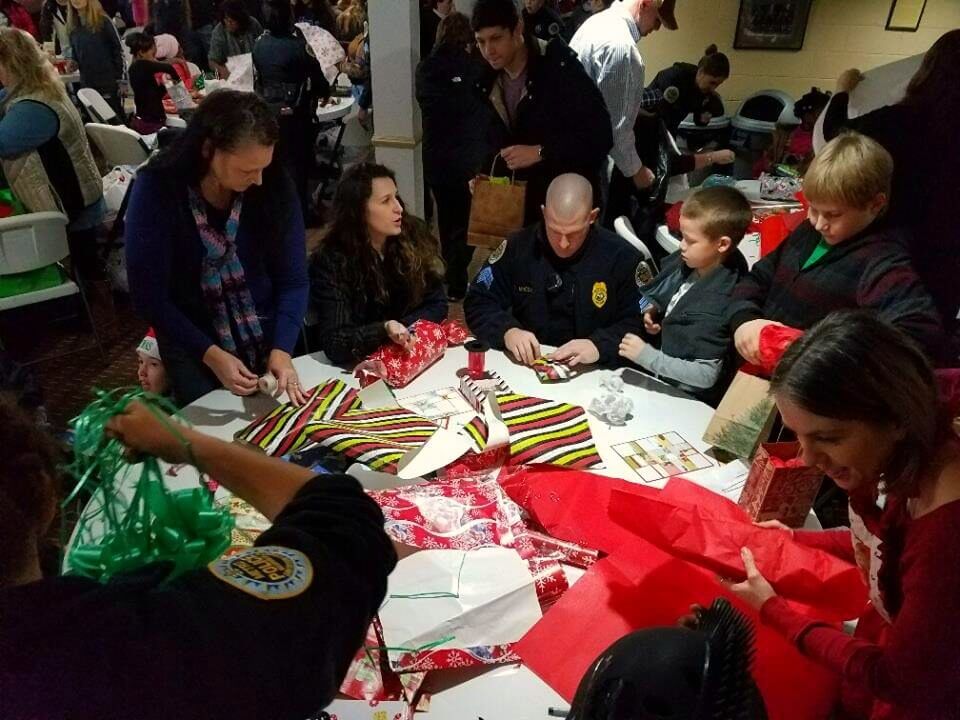 In addition, other fun events are held. Last month the Tennessee Titans invited some of the boys to attend practice. They got to meet some of the players including Titans Quarterback Marcus Mariota. Other players like Karl Klug visit the camp personally. 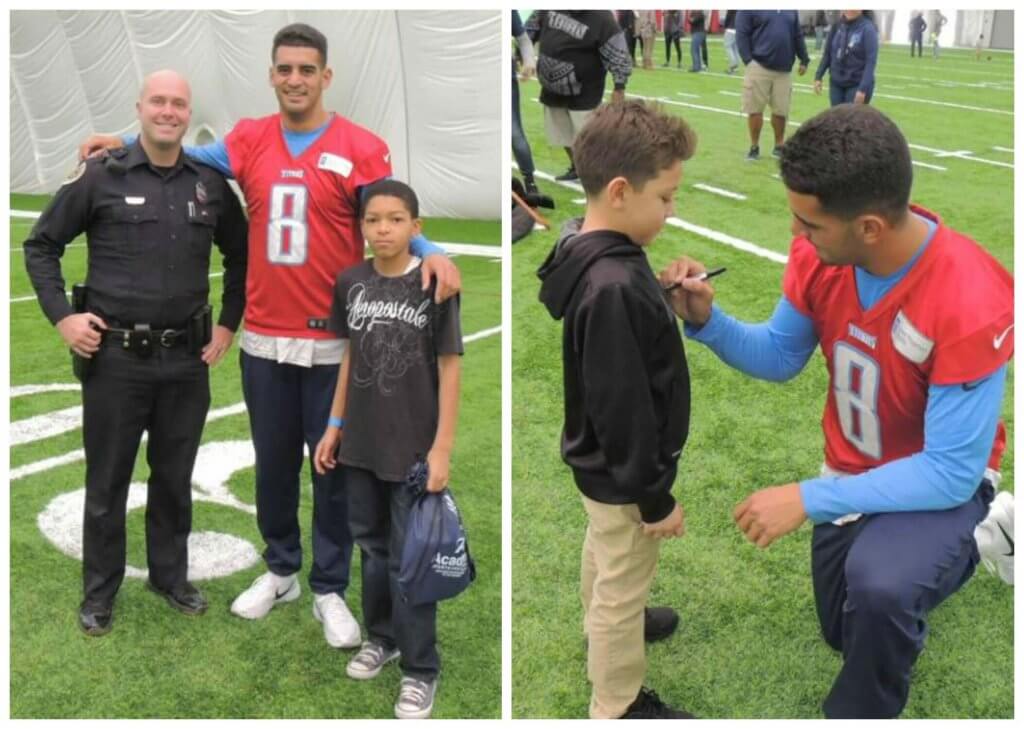 Andrew Jackson Police Youth Camp is privately funded. There is no charge to the children for their week at camp. On July 19, 2017 there will be an open house during the last week of camp for anyone wanting to see it in person.

Nashville Wraps is honored to play a small role in helping bless the lives of these Nashville children. Many thanks goes to Allen Herald and the Andrew Jackson Lodge for their tremendous work. Watch this short video below to see this amazing camp.