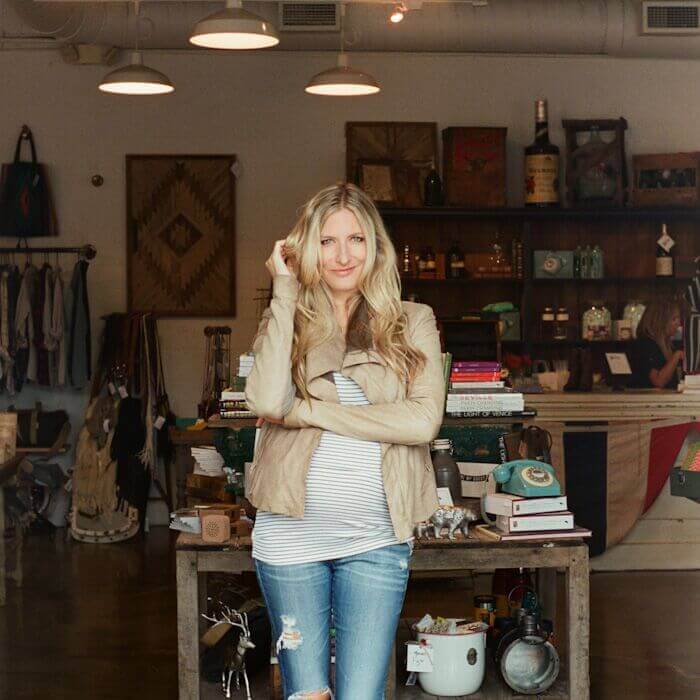 Since music is in her blood, Holly was destined to become a genuine singer-songwriter. But Holly spent most of her childhood in Mer Rouge, Louisiana, with her mom’s side of the family, not in Nashville. She never met her paternal grandparents. After spending years on the road with her own music career, a very serious car wreck in 2006 almost took her life and that of her sister Hilary. That is when Holly’s life started to take a new path.

A year after the accident, she decided to open her own shop featuring her favorite designers, showcasing her own incredible sense of style. Her clothing boutique is called H. Audrey. Holly’s middle name is Audrey after her grandmother, who was married to Hank Sr. 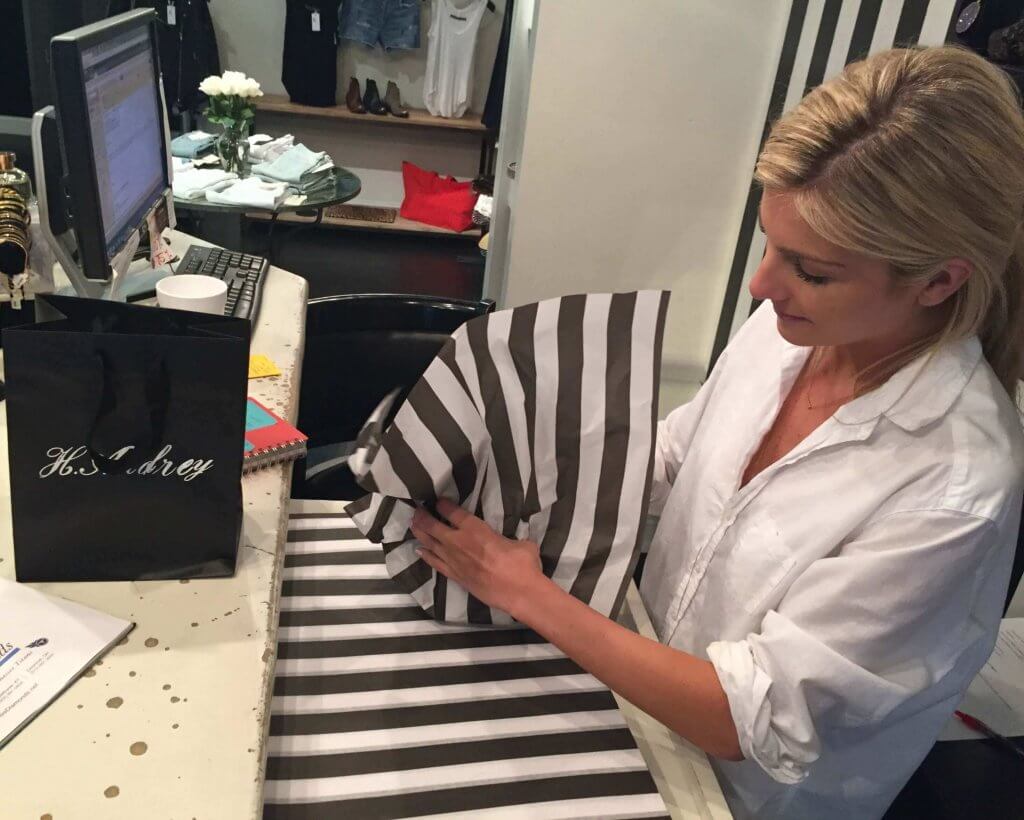 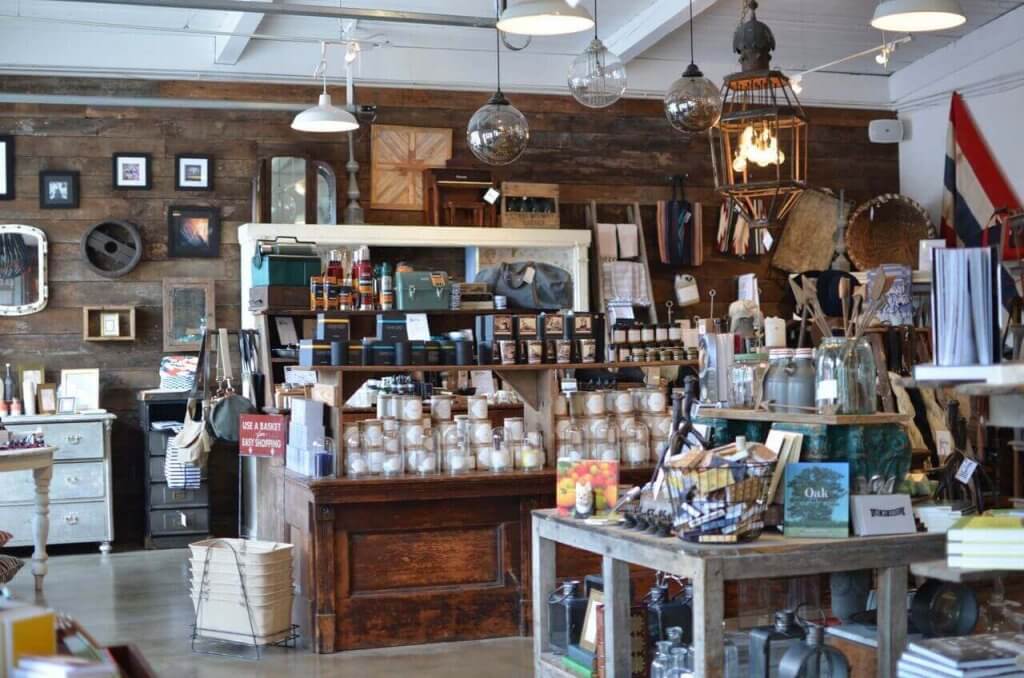 Then in 2013 Holly had another vision. Her maternal great-grandfather owned a mercantile store in Louisiana. She decided to open White’s Mercantile, naming it after her mother’s family. It’s located in a beautifully restored old gas station in the trendy 12South District of Nashville (coincidently the road is also known as Granny White Pike). Her entire shop is filled with items Holly personally curates from her extensive music travels and great local finds. 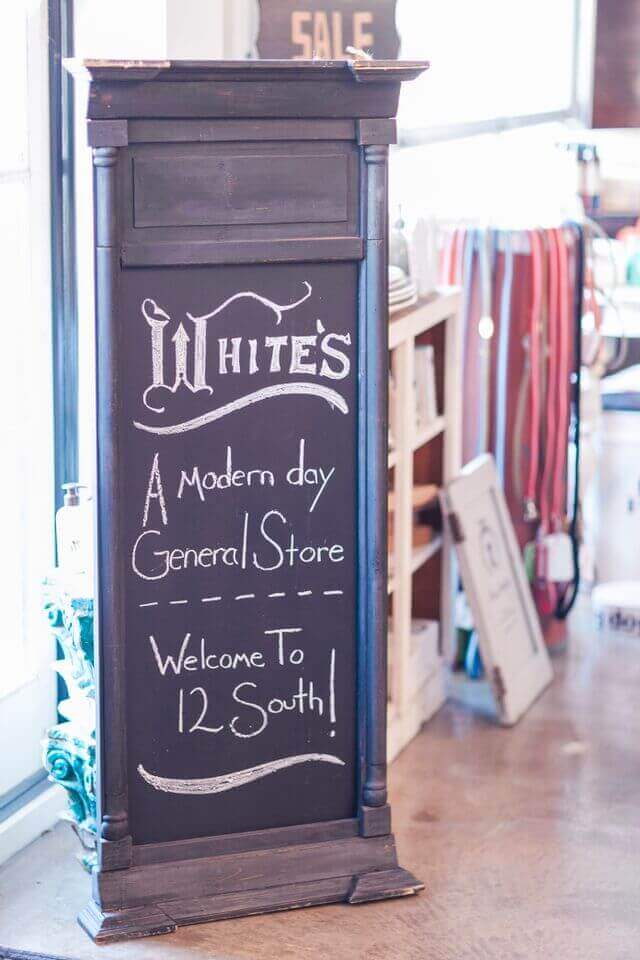 Holly explains, “I wanted to create a shop where people could come pick up their dog treats, olive oil, candles, baby shower gifts, a floppy hat, a great white button down, a men’s shaving kit, a birthday card, and a cool locally-made apron, all in one place! “My maternal grandparents had an amazing sense of style and appreciated good craftsmanship. I picked out everything my Granny would love for the kitchen section, and my Papaw would have appreciated. They are always in the back of my mind when I’m buying.

A General Store for the Modern-Day Tastemaker

“We sell lots of Turkish-T towels, Thistle Farms products and Good Spread peanut butter, all made locally! Our local Walker Creek sea salt caramels blow off the shelves! We don’t specialize in local by any means; if I love the product it doesn’t matter if it’s from Nashville or New Zealand.” She recently launched her online store which includes custom gift baskets. 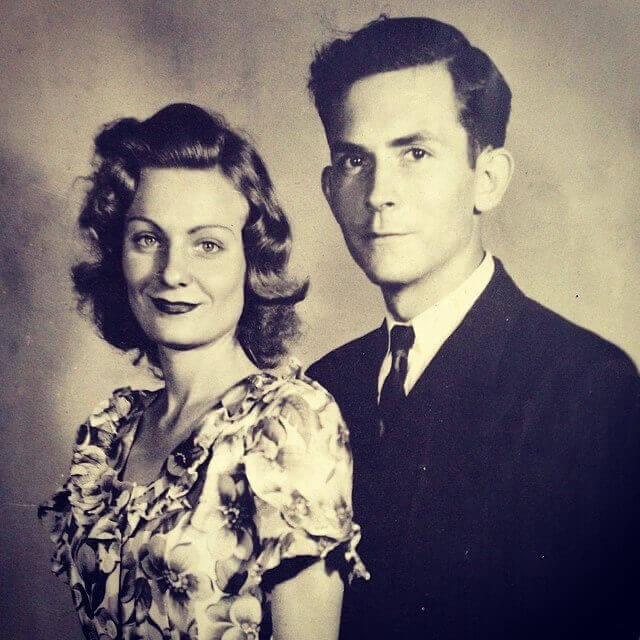 Interestingly, Hank Sr. and Audrey (pictured here) once owned Nashville’s first western wear shop called “Hank and Audrey’s Corral,” so retail is literally on both sides of her family. Holly’s friend Gwyneth Paltrow says both stores show off Holly’s “exquisite taste”. White’s is a “general store for the modern-day tastemaker”. Holly says she loves retail and music equally because they each are a nice relief from each other. 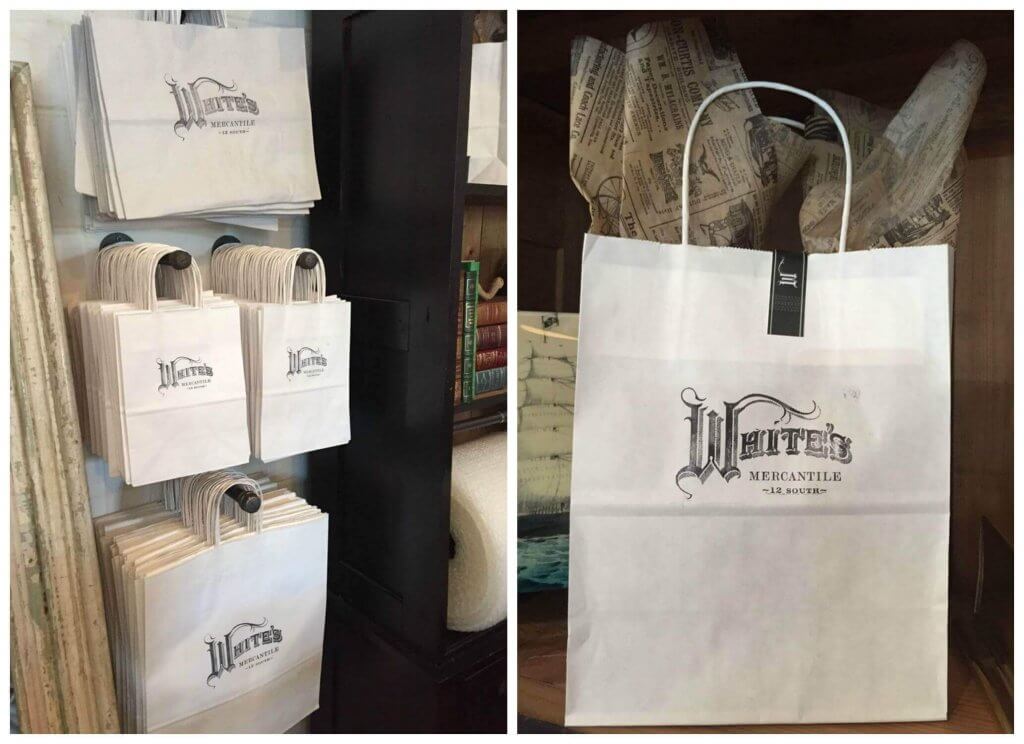 “I love beautiful packaging,” says Holly. “I’m a packaging freak!” Nashville Wraps has been Holly’s choice for her retail packaging from the beginning. H. Audrey uses our Domino Alley gift wrap and black and white stripe tissue paper. White’s Mercantile uses our white kraft bags with newsprint tissue and black satin ribbon. Every bag is hand-stamped with their logo so each one has a unique look. 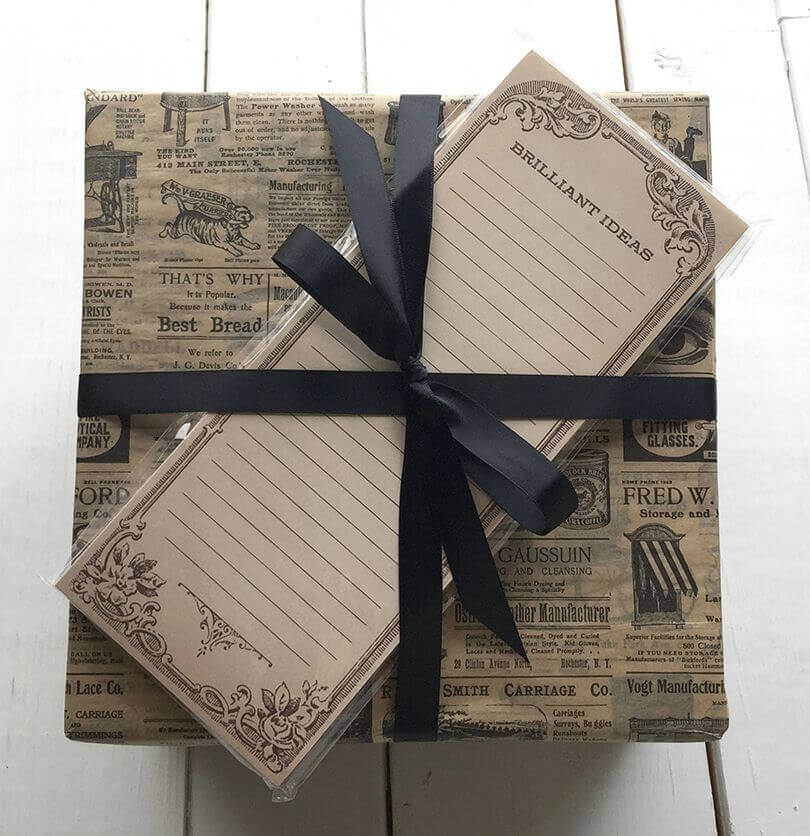 When talking about Nashville, Holly says, “It’s changed one million percent, but I think it still has that small-town warm and welcoming feel. Retail has exploded with truly an option for everyone, and we’ve finally become a foodie destination! Nashville’s reputation has stretched beyond country music, and I think people finally see we’re truly a cultured city. We’re not just walking around in fringe at the honky tonks – though that can be fun for a random night out!” 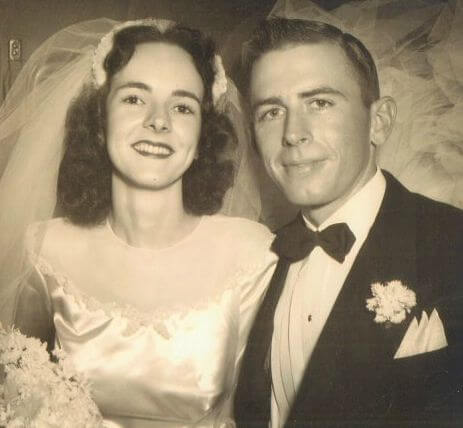 We’re so honored Holly loves our packaging and was able to take the time to talk with us. She was in Montana touring with her guitarist husband and 1-year-old daughter Stella June promoting her third record “The Highway” (see 2nd beautiful video below). You can find more about Holly Williams here along with her tour schedule. The first video features “Waiting on June” – the sweet song about her grandparents Warren & June White (pictured here) – the inspiration for White’s Mercantile.